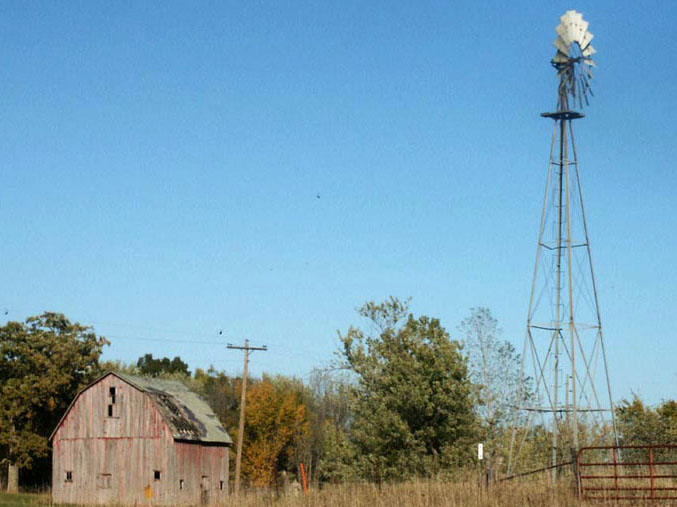 An enduring mystery to me is how–and why–Iowa became a pivotal cog in the machinery of picking a presidential candidate. I’ve lived in California since the late 1970s, but I was born and raised in Iowa, went to college and got married and had a child in Iowa, and worked for five years as a reporter for an Iowa newspaper. Nothing about that experience led me to imagine that every four years the state would turn into a national spectacle–candidates descending en masse on any place that might contain a sentient voter, trailed by network TV crews and reporters for such estimable organs as the New York Times and Washington Post. Nothing prepared me for the strangeness of hearing pundits speculate about how the fortunes of candidates might be lifted–or dashed–by votes cast by handfuls of party faithful in a state with fewer people than the city in which I now live

For the sake of journalistic ethics, I didn’t get involved in politics, but on January 24, 1972, my wife—now ex-wife–braved the bitterly cold weather to go the caucus in our precinct and cast her vote for Shirley Chisholm, or technically, for a delegate to the county convention committed to the New York Congresswoman. The caucus was held at someone’s house in the neighborhood, and when she got home she said that despite the sub-zero temperature a dozen people had shown up. Like almost everyone else in that neighborhood, they were white and middle class. Votes were cast openly, and people were allowed to argue on behalf of their favored candidate, assuming they had one—it was possible to register one’s choice as “uncommitted.” That irritated my wife and others who were adamantly opposed to the Vietnam War and didn’t understand why anyone would fail to support a candidate who had promised to end it.

It was the first year caucuses were held before the New Hampshire primary. Richard Nixon was the de facto Republican nominee, so all the drama centered around the Democratic frontrunners and fellow Senators George McGovern and Edmund Muskie. But there was no election night-style hubbub in the newsroom that night. The reporter on the political beat arranged to have a party functionary call once all the precincts had reported their results, and an article appeared in the next morning’s edition. I don’t remember if any of the local TV stations carried the news, which was hardly conclusive. A majority cast their votes as “uncommitted,” narrowly beating out Muskie, with McGovern coming in third. But everybody knew the real action would begin in New Hampshire in March and likely continue in states like Florida and Ohio that still dominate the nominating process today.

How did we get from there to the phenomenon of Iowans seen as critical to the fortunes of anyone dreaming of taking up residence in the White House? I decided to ask my brother and sister, who grew up with me but also fled in adulthood to other environs. My brother, who now lives in the Pacific Northwest, professed to having nothing pithy or trenchant to offer, although he found the momentous nature of the caucuses to be “oddly out of step” with the state’s overall relative importance compared to, say, California. My sister, who lives in Northern California, confessed to knowing little about the Iowa caucus tradition, but complained that the nominating process throughout the country has become, in her words, “rigged.”

Still seeking insight, I got in touch with a fellow reporter on the Iowa newspaper who now lives on the East Coast. His response was, “I believe Iowa’s merely enjoying the spotlight to maybe help the corn grow a little faster than Mom Nature might approve.” That explanation seems as good as any.

After moving to California, I trudged to my precinct polling place every four years with the knowledge that my vote scarcely mattered because a relative handful of people in my home state had already anointed Barack Obama, or John Kerry, or Bill Clinton, or Jimmy Carter. With the California primary in March this year, maybe that will change, although I’ve heard pundits say that all but the top three finishers in Iowa are probably doomed. Which means that people I grew up with in that rural state where Latinos and African-Americans and others who enrich the fabric of society in my adopted home are few and far between will be drastically limiting my choices. It annoys me at the best of times; at others it makes me downright churlish. Perhaps I should feel proud that my native state can bask in a moment of national glory, but I don’t.

Interestingly, the Los Angeles Times—the newspaper that lands with a thud at my front door every morning—sent a reporter to Iowa in 1972 to write an article about the caucuses. It described a gathering of 23 people to a precinct caucus at the Des Moines home of the owner of a pest control business, and duly noted the results—10 delegates for McGovern, six for Muskie, and the rest undecided. But the most telling details, for me, came at the end of the article, where the reporter wrote that Muskie had spoken at two events the week before the caucuses, while McGovern had conducted a two-day tour of the state. A third presidential candidate that year, Hubert Humphrey, had not come at all. How many times have Joe Biden and Elizabeth Warren and Bernie Sanders and the rest of the Democratic cohort descended upon the state in the past two years? Hundreds, probably.

Bill Bryson’s 1989 book, The Lost Continent: Travels in Small Town America, opens with the lines, “I come from Des Moines. Somebody had to.” I shared the sentiment, if not the city of origin, and perhaps I’m now paying for a kind of reverse provincialism when I grit my teeth at TV footage of candidates tramping through places we used to call wide spots in the road. But I still can’t figure out how a state with 23 million hogs but only three million people achieved such prominence in our political system.

The most common answer I’ve heard to this conundrum is that the caucuses are the first test of candidates’ ability to attract actual votes, as opposed to money and poll responses. Being first might confer bragging rights, but it doesn’t explain why a political party would cede outsized power to a small population that doesn’t resemble the whole of its constituency. It’s easy to understand why Iowans embrace the attention, though. After leaving the state, I lived for a time in New York City, and for people I met there Iowa was a place somewhere beyond New Jersey. Someone believed that it was known for potatoes, apparently confusing it with Idaho. One person I met had driven the length of the state on Interstate 80 and was still amazed by the fact that every vista was filled with cornfields. Another had been surprised that the state wasn’t entirely flat but had rolling terrain and on its eastern and western borders, honest-to-goodness hills.

I was tempted to say that Iowa has a pair of fine state universities, as well as colleges that can hold their own with any in California or New York or other states. Amidst the sea of cornfields, there are scenic lakes and rivers, and on its borders, the mighty Mississippi and the smaller but still impressive Missouri. There are nature preserves with populations of deer, wild turkeys, geese and ducks. It has long frigid winters and sweltering summers, but warm spring days when the black-eyed susans begin to bloom and fall days when maple leaves are turning to red and gold are nothing less than sublime. That should be enough, shouldn’t it?