THE MEANING OF FATHER’S DAY 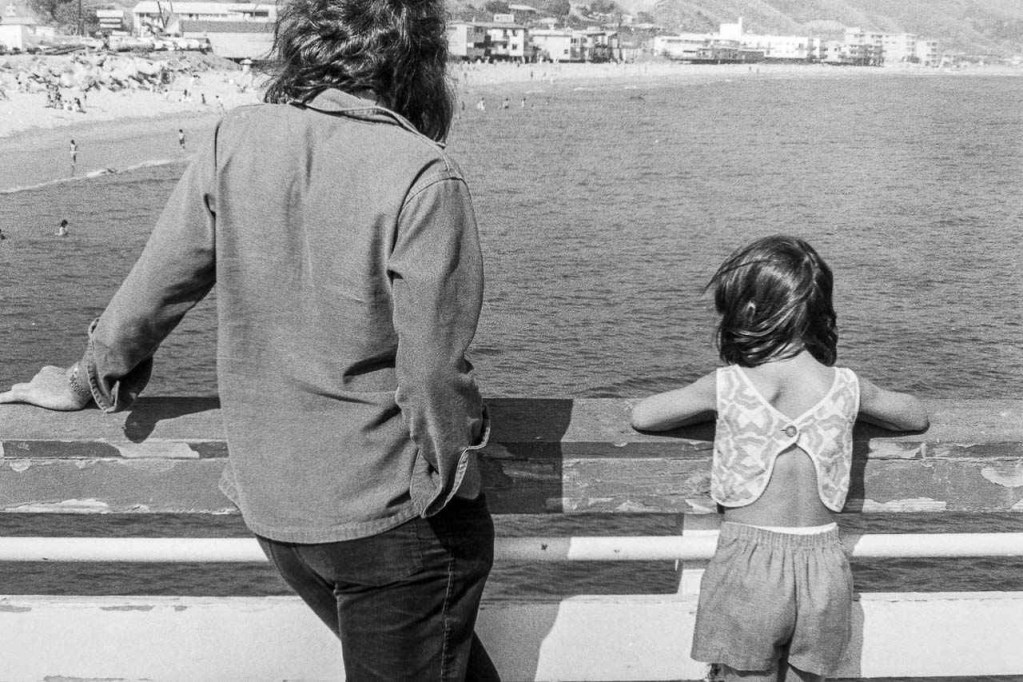 Father’s Day is just around the corner, which means an outpouring of greeting-card-style sentiment presumably designed to create the kind of warm feelings induced by pictures of babies and pets, accompanied by selective memories of parental benevolence that whip up sales of dubious gifts and those aforementioned cards.

The reality—that too many fathers are absent from their children’s lives, either literally or emotionally—is pushed out of sight in favor of Potemkin villages of sensitive, courageous, caring men who would never utter an abusive word to a spouse or child or embrace any notions of superiority or fall in love with violence as a means to establish proper order. The Father’s Day icon is kindness with a whiff of soft-core masculinity visible everywhere the advertising industry trots out couples and families to keep the machine of consumerism humming.

I’m as guilty as anyone of the wishful thinking that hangs around the holiday—if a date without time off work or a pause in mail delivery can be called a holiday—like a cloud of slightly cloying perfume. There’ll be a card from my daughter, won’t there? A few lines to the effect of what a wonderful father I am, which I desperately want to believe but can’t, not with serious reservations. I don’t doubt her sincerity, but by nature I’m a realist, and the flaws in my parental performance glare at me like muffed lines in a stage production. I pine for a second chance that is no more likely than time shifting gears and moving in reverse, than the sun rising in the west and dogs writing books.

Mother’s Day, of course, is celebrated in equally fuzzy manifestations of maternal virtue, as well as arriving first in the calendar and bearing more economic weight. As such, a recognition of the possibly obvious fact that motherhood is not only more important from a purely biological standpoint but more benign in the scheme of parenthood, which, depending upon your point of view, either works pretty well or is an abject failure.

My daughter came from what my parents’ generation called a broken home, a term that has fallen from social favor. When her mother and I went our separate ways, nearly one in two marriages was collapsing into the debris of divorce, but that rate has fallen, and right now single-parent households comprise about a quarter of the country’s total. Still, getting married and staying that way is far from a sure thing, statistically, and the shards of those disrupted families will continue to litter the landscape, discrediting nostalgic images of mothers and fathers awaiting celebratory paeans on their respective days.

If this sounds cynical, it wasn’t meant to be. I love my child, and that fact steadfastly resists the corrosions of doubt, regret, and the nagging sense of being mocked by an ideal dad grinning from Father’s Day ads and commercials. That’s what a father is meant to do, love his children no matter how severely they try his patience, how disappointing their choices prove to be, how far they stray outside the frame of the mental pictures provoked by the sight of the infant, who is blissfully unaware of the crushing weight of expectation but will soon enough begin to feel it.

I’m a father, but also a grandfather, a role in which fumbling and thoughtlessness and the variety of absences can’t do as much harm, although I want to believe that love and kindness and generosity can nudge aside, if only for a moment, those mass media portraits of males as predators and abusers and outright monsters like Jeffrey Epstein and Harvey Weinstein. I would tell my grandchildren that their grandfather was far from perfect, and would never offer the choppy progression of his life as a shining model. That he made mistakes, just as they will, but those mistakes aren’t the essence of his character any more than their mistakes should clang and rattle like a string of tin cans they are compelled to drag behind themselves on their journey through life.

I will respond to “Happy Father’s Day!” with a cheery smile and thanks, but I will think that this large, amorphous group to which I belong has no claim to heroism or greatness like others whose days appear on the calendar—George Washington, Abraham Lincoln, Martin Luther King, the people who died in military service, working people and all those who are part of a long, unfinished movement to better their conditions. The basic act of fatherhood, the fertilization of a mother’s egg, is a biological necessity but hardly merits hagiography and celebration. What matters is everything that follows, the part the father plays in the ensuing drama of birth and childhood and beyond, to the end of his own life.

Some will surely play that part with heroic verve. Some will stumble over their lines. Some will create a character so appalling that we will want to avert our eyes. Mothers aren’t immune from acts of unkindness and neglect and even violence, but they are so inimical to our conception that we are shocked and dismayed in a way we aren’t shocked and dismayed by news of a father’s abuse or negligence. We denounce him, we feel sympathy for his victims, but we still absolve the larger group in celebratory occasions like Father’s Day.

Perhaps it ought to be suspended while we look deep into ourselves and ask who we are and what we need to do to merit the annual outpouring of acclaim.

PrevPreviousTHE QUEENS GAMBIT, AND THE FICTION OF CHESS
NextFACT vs. FICTIONNext